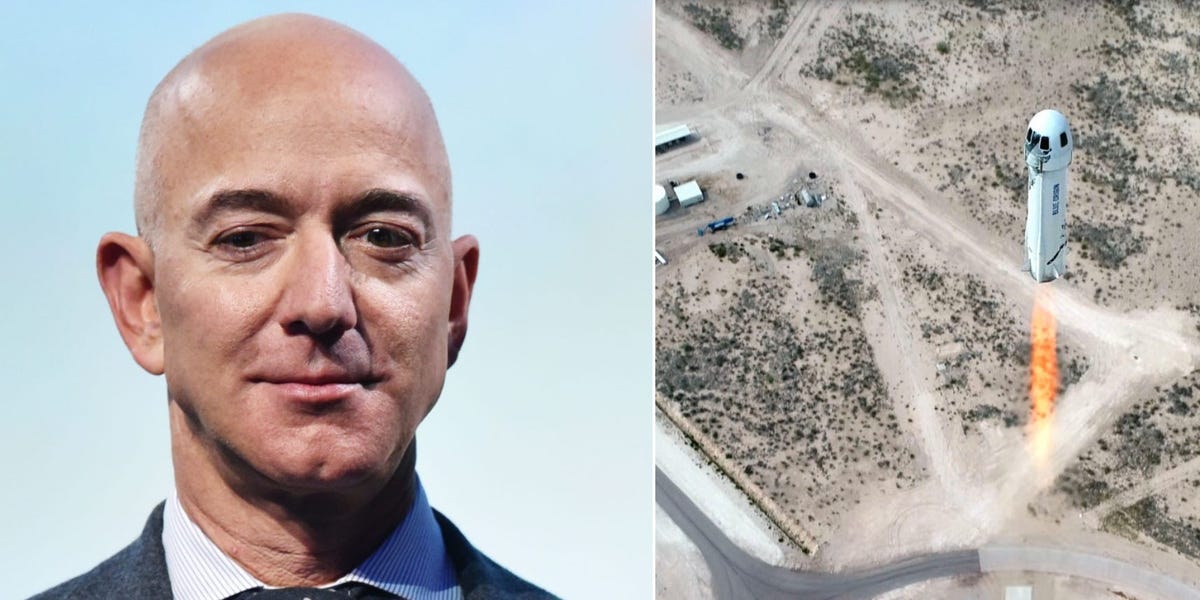 An open letter written by a group describing itself as 21 former and current Blue Origin employees on Thursday accused Jeff Bezos and the company of sacrificing safety in an effort to win the space race against other billionaires and of creating a company culture rife with sexism.

“Competing with other billionaires — and ‘making progress for Jeff” — seemed to take precedence over safety concerns that would have slowed down the schedule,” Alexandra Abrams, the former head of Blue Origin employee communications, wrote alongside the anonymous current and former Blue Origin employees.

The letter accused Blue Origin and its founder, Bezos, of fostering a culture of toxicity and sexism. It said employee concerns regarding the safety of several of Blue Origin’s rockets had been suppressed as the billionaire raced to compete with SpaceX CEO Elon Musk and Virgin Galactic’s founder, Richard Branson. In response to the letter which was sent to the Federal Aviation Administration, an FAA spokesperson told Insider the agency is taking the allegations seriously and is reviewing the information.

The letter said many of the current and former employees in the group wouldn’t feel safe flying in a Blue Origin vehicle, as they believed the company didn’t follow proper safety measures and had tested its employees’ limits while racing to compete. Insider did not receive a response from Abrams regarding verification of the multiple signees, but Fortune said it had seen the whole list of signatories and spoken with five of them. The signees cited nondisclosure and nondisparagement agreements, as well as fear of retaliation from the company, as reasons for staying anonymous, according to Fortune.

Abrams separately told CBS in an interview that in 2018 one team had documented more than 1,000 safety concerns with the rockets that power Blue Origin’s missions. She said that when she cited employees’ concerns about safety to leadership, she was told the person did not have a “high-enough risk tolerance.” Abrams’ employment was terminated in 2018. She said she was told executives felt they could no longer trust her.

The letter said numerous executives had been accused of demeaning female Blue Origin employees. It said one man, described as being close to Bezos and CEO Bob Smith, was promoted despite facing allegations of sexual harassment. Abrams said the same executive was later removed after facing allegations of groping a colleague.

The letter accused another unnamed executive of often referring to women by derogatory words like “baby girl” and “baby doll.” It said female employees often warned one another to avoid these executives.

A Blue Origin representative did not address the safety concerns but told Insider the company didn’t tolerate harassment and would investigate the claims. The company added that Abrams was dismissed after repeated warnings regarding federal export-control regulations, though Abrams told CBS she never received the warnings.

Abrams said that while the workers in the group were enthusiastic about Bezos’ mission to explore space, they were quickly disillusioned by the company’s work culture.

“Many of us have spent our careers dreaming of helping to launch a crewed rocket into space and seeing it safely touch back down on Earth,” the letter said. “But when Jeff Bezos flew to space this July, we did not share his elation. Instead, many of us watched with an overwhelming sense of unease. Some of us couldn’t bear to watch at all.”

“If this company’s culture and work environment are a template for the future Jeff Bezos envisions, we are headed in a direction that reflects the worst of the world we live in now, and sorely needs to change,” the letter added.

Blue Origin launched its first human mission in July, which flew Bezos and three others to the edge of space. The space company plans to launch another mission on October 12.

Abrams told CBS she had high hopes for Blue Origin and its mission but felt the company culture ultimately inhibited Bezos’ “utopian dream.”

“You cannot create a culture of safety and a culture of fear at the same time,” Abrams said. “They are incompatible.”

Do you work at Blue Origin? Reach out to the reporter from a nonwork email address at [email protected]