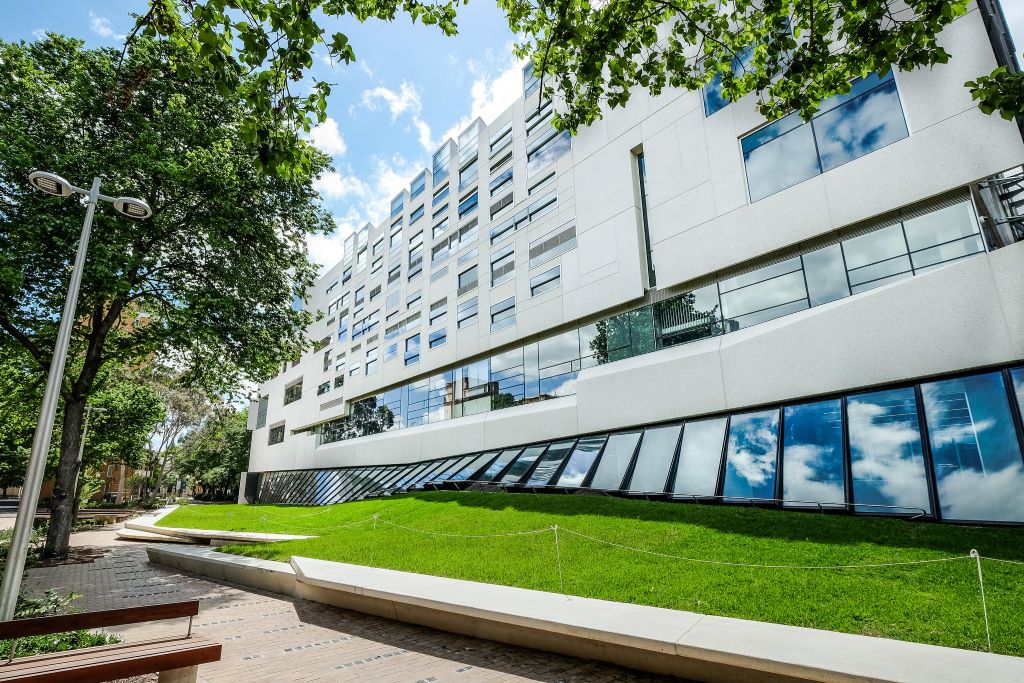 In November 2019 the former vice-chancellor of the University of Melbourne Glyn Davis made a statement to the Age defending his record from 2005 to 2018. In an attempt to justify the massive expansion of casual work, record levels of professional staff sackings, spiraling workloads and wage theft, Davis compared Australian universities with the mining industry. The resources sector was thriving on a multibillion-dollar boom driven by exports to Asia; thanks to international students, university revenue was also booming.

As Davis noted, booms inevitably go bust. As a result, he cautioned prudent university executives to “invest in things that will matter into the future.” Thanks to the pandemic, Australian universities are now in a deep crisis. The boom has turned bust, and the sector is facing a crisis.

Flush with cash and intoxicated by easy money, universities invested in towering edifices of increasing size, splendor, and superficiality — all intended to attract yet more international students.

The decade prior to the pandemic was the “roaring 2010s.” Between 2008 and 2019, income generated from international students studying in Australia rose from $19 billion to $37.6 billion. During this time, universities did not just build to keep pace with rising demand. A Commonwealth government report from 2015 showed that in three years, the universities’ student load had grown by 8 percent and floor space needs by 5 percent. At the same time, the value of university buildings had grown by 23 percent.

By his own admission, Davis did not value or invest in university staff. Melbourne University alone employed some 10,000 workers in 2019. As Davis explained to the Age, “What you do not want to do is load up the institution with expensive permanent staff . . . later this will be a significant problem.”

Davis is no maverick. His view represents the outlook of Australia’s class of academic CEOs, for whom it’s an article of faith that “human expenses” must be kept “soft.” By “soft,” they mean “easy to cut” should international student revenue drop. The result has been the dramatic growth of insecure employment.

When Davis left Melbourne University, seven in ten university workers were insecurely employed. This, too, was emblematic of a broader trend. In the decade prior to the pandemic, the “University Five” — the billionaire institutions Monash University as well as the Universities of Sydney, Melbourne, New South Wales, and Queensland — outstripped their competitor mid-tier institutions. Collectively, they enjoyed a revenue of $11.8 billion  from a total asset base of $28.8 billion (in 2018 dollars). At the same time, precarious university contracts at the University Five ballooned.

In April 2020, prime minister Scott Morrison told international students to “go home.” Between then and the end of the 2021 financial year, nearly 100,000 international students will have left Australia, each taking around $60,000 from the Australian economy. It is unclear when or if they will return. This is in large part because Australia has remained shut to international arrivals, even as other similar education destinations have reopened, including the UK, Canada, and the United States. Many international students who chose to study remotely in their home countries or defer their studies indefinitely are now contemplating quitting Australian universities altogether.

While the vice-chancellors saw the need to plan for a possible drop in international student revenue, their strategy of investing in buildings was not quite so prudent. The onset of the pandemic immediately disrupted the universities’ program of accumulating fixed capital (as opposed to the variable capital of staff). By June 2020, just three universities had frozen capital works projects worth $800 million.

Our universities cannot rely on ever increasing inflows of domestic and international students to pay the bills, with student levels unlikely to return to 2019 levels as the sector continues to reel from the pandemic.

In the eyes of finance, all those buildings and land holdings are “lazy capital.” If the universities are compelled by ongoing revenue loss to sell low, it’s an opportunity for easy profit.

The upshot is that Australian universities are now effectively experiencing a profound devaluation crisis. Having outlaid massively on capital works budgets, the universities have effectively converted decades of revenue generated exporting higher education to Asia into fixed, frozen capital. However, as Marx argued, fixed capital cannot generate new value without labor to produce commodities that can then be sold.

This is to say, university managers are presiding over capital reserves that are incapable of producing profits and are losing their value. If this continues, they will be forced to sell — the universities’ fixed capital reserves will melt into the air.

Universities are supposedly not-for-profit institutions. Why, then, should they be subject to a crisis of unprofitability?

Neoliberal budget cuts and deregulation dating back to the 1980s forced Australia’s universities to reorganize along market lines. This process was often spearheaded by managers recruited directly from the finance sector. For example, Allan Tait is the chief operating officer at Melbourne University. He was previously a partner at PricewaterhouseCoopers, specializing in privatization, mergers, and acquisitions.

Today, the marketization of Australian universities is all but complete. Among university executives, neoliberalism is hegemonic. According to a leaked 2020 executive-level budget intended for chancellery staff and deans, the University of Melbourne intends to pursue “profitable revenue sources to increase self-reliance.”

Neoliberal university managers have pursued a three-pronged strategy. They have imposed austerity budgets on university faculties and accumulated capital assets on the world’s financial markets. Meanwhile, they cry poor to unmoved governments in the hope of securing federal funding. The incoherence of this approach is partly responsible for the universities’ failure to gain pandemic income support. To the business representatives of the Coalition, universities are unprofitable firms.

Indeed, financial capital has long since broken down university gates. According to the same leaked 2020 budget, Melbourne University is planning to spend a further $4.23 billion on capital works over the next ten years. $1.15 billion of this total is to be financed by debt, which will fund the huge Fishermans Bend precinct development. Or take La Trobe University, which fired 1,200 employees in 2020. In 2021, La Trobe fired yet more staff while expanding its debt from private lenders from $170 million to $345 million

Understood in economic terms, neoliberalism was a government-led program that aimed at resuscitating profits after the “stagflation” crisis of the mid-1970s. To achieve this, governments privatized and deregulated sectors formerly quarantined from the market.

Australian universities are an example of this, albeit a somewhat atypical one. This is because the Labor Party initiated  the neoliberalization of universities in Australia in the 1980s. Prior to this, as in most developed countries, Australian universities’ capital works were funded by an operating grant that met operational expenses and capital funding for buildings and facilities. Universities won funding through a bidding system, with final decisions made by the government of the day.

The Dawkins reforms introduced by Labor PM Bob Hawke changed this. In 1994, financing decisions on capital works were deferred to the universities themselves. As a result, just as international student revenue began to boom, university executives became their own property developers.

Since the 2008 global financial crisis, the Commonwealth government has steadily withdrawn from its obligation to fund university capital works. Between 2010 and 2017, federal expenditure for university capital grants fell by more than a billion dollars. Then, in 2019, Scott Morrison’s Coalition government dealt a death blow to public capital grant funding for universities by abolishing the dormant Education Investment Fund, transferring its revenue into a fund for disaster relief.

This combination of successive cuts to public funding and the neoliberal logic of profit-seeking led universities to look for new ways to accumulate capital and generate profits. This is why they have taken part in a process that Marxist geographer David Harvey calls “mindless, stupid urbanization.”

This has seen universities borrow billions of dollars to finance massive redevelopment projects — like the one at Fishermans Bend. In addition to attracting student fees, these are intended to secure “flows of value” to the “enterprise” by renting out shops and amenities, attracting public-private partnership funding, and selling research to big business. University executives also justify the investment on the presupposition that rising real estate values will protect their assets. However, as university revenues collapse, it is increasingly likely that finance capital will be the ultimate beneficiary.

Before Glyn Davis left the Melbourne University vice-chancellor’s residence, he made sure a new building bore his name. Unused and empty for going on eighteen months, the Glyn Davis Building is spacious, melancholy, and a synecdoche for the crisis of Australian universities.

Designed by an American architectural firm, its imposing frontispiece — a former Collins Street bank façade — gazes across quiet grounds toward an empty student union house. It houses the Melbourne School of Design, and is profiled by the university as “a tool for understanding architecture.” It is also a tool for understanding the hubris and fate of the neoliberal era of universities in Australia.

In 2012, seven years into his term as vice-chancellor, Glyn Davis penned an appraisal of Australia’s universities for the literary magazine Meanjin. Given that Davis amply padded it with poetic allusion, he may appreciate a nod to Percy Bysshe Shelly’s “Ozymandias.” The poem describes a long-forgotten king who believed that grand architecture could sustain his legacy eternally. Among the sand-covered, monumental ruins of his long-forgotten empire, the narrator discovers a pedestal bearing the inscription: “Look on my Works, ye Mighty, and despair!”

Australia’s neoliberal university managers are latter-day Ozymandiases, presiding over monuments to the wastefulness and irrationalism of the market. The only solution is to return the universities to a fully publicly funded, non-market model — and to fire the generation of managers who are responsible for this mess. 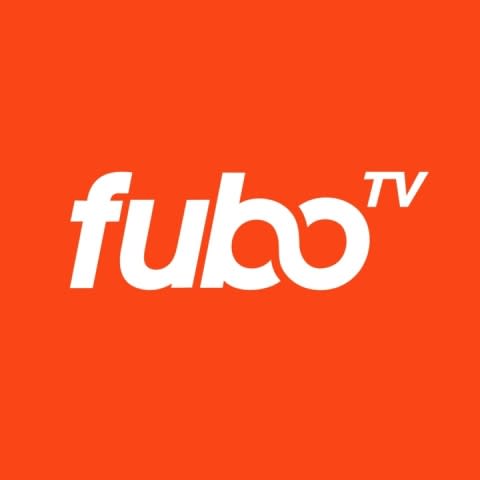 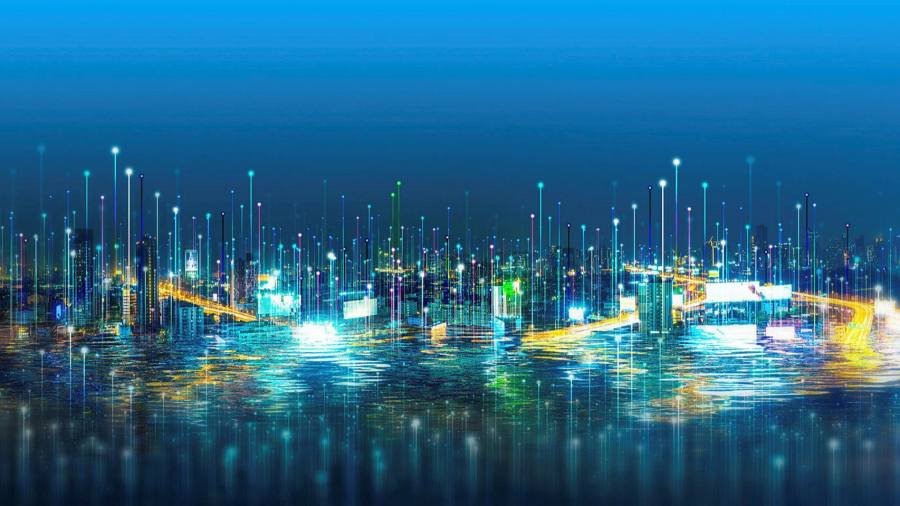