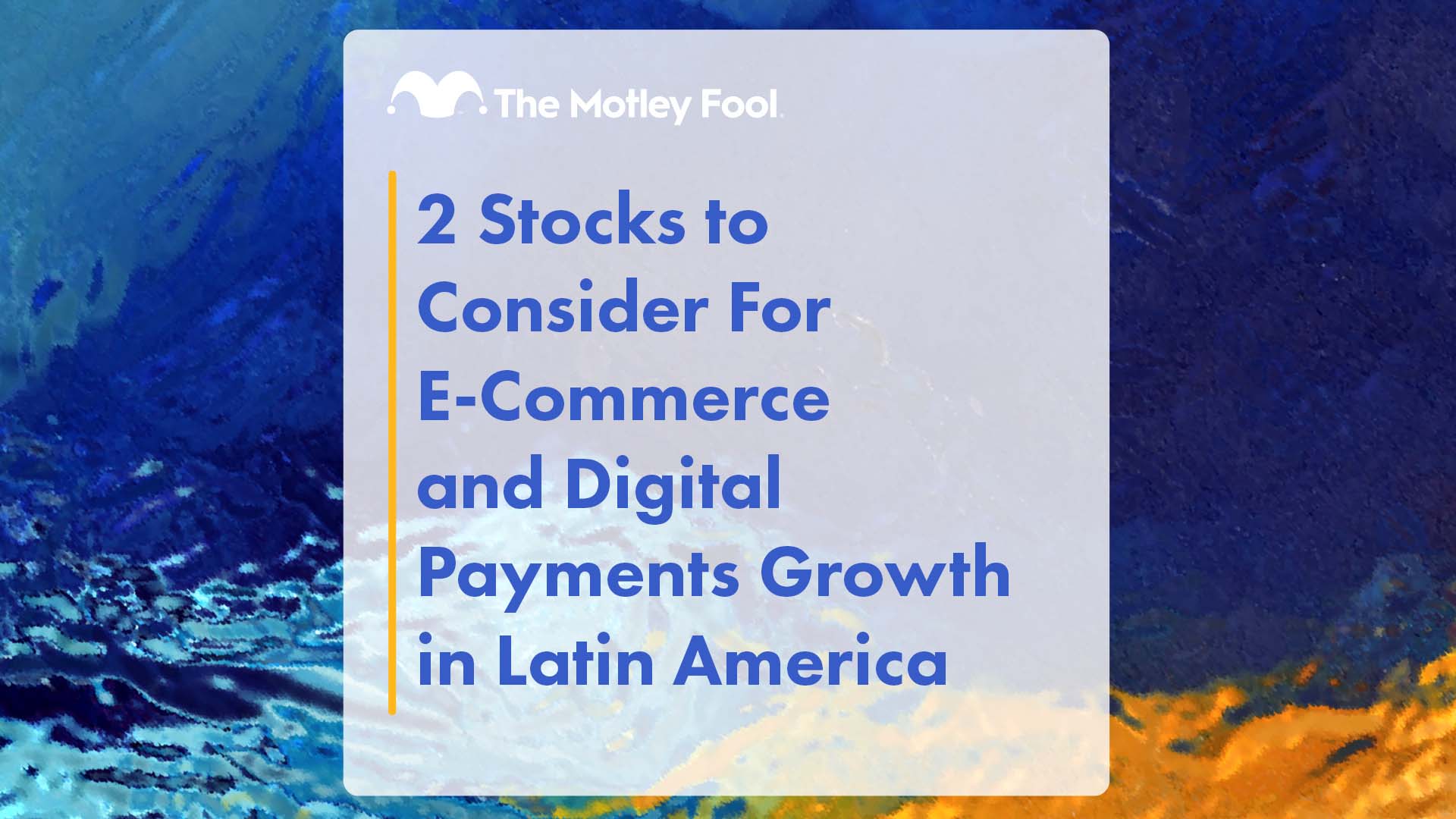 StoneCo (NASDAQ:STNE) and MercadoLibre (NASDAQ:MELI) are leaders in the e-commerce and digital payments spaces in Latin America. Their stocks have not performed particularly well this year, though — but that doesn’t mean they won’t be long-term winners. In this Motley Fool Live segment from “The 5” recorded Oct. 8, Fool.com contributors Jason Hall, Jeremy Bowman, and Nicholas Rossolillo discuss why the future still looks bright for both tech firms.

Jeremy Bowman: Let’s talk about what your favorite international stock — your favorite non-U.S. stock — is right now. Nick, let’s go to you.

Nicholas Rossolillo: I don’t have to defer for that long. [laughs] You asked about StoneCo. Man, what a disaster. Let’s preface my pitch here with a chart that you never want to see. StoneCo, since they went public in late 2018, a pretty good run through the first month or two of 2021, and then, the last year-to-date has just been a disaster. You don’t want to see that. All the way back down to where they were when they IPOed. Crazy. I still like StoneCo.

Rossolillo: Yeah, the funny thing with roller coasters is you end up in the same place where you started. That’s not what we want to do when we invest.

Rossolillo: StoneCo is the largest digital payments processor in Brazil. Just a confluence of really ugly scenarios that conspired against the company this year. There’s political stuff going on in Brazil. They’ve been implementing this new national payments system as well, and that’s been the latest hiccup. StoneCo launched a credit product a couple of years ago, and they have now suddenly paused that until the new national money movement system can be fixed. There’s a lot of technical stuff behind that that we don’t need to talk about — basically, they just said they’re going to pause that product for six months. So all that revenue that they’ve been building up very quickly for the last couple of years is suddenly going to be gone for the time being.

But the core products, the digital payments space that they operate in, they do a fantastic job with it. They are still growing. They just surpassed a million users this year down in Brazil, which is, by the way, Latin America’s largest economy, most populous country. They’re just doing some great things. I still love StoneCo even though the stock price looks absolutely terrible.

Bowman: Jason, you want to follow up on that?

Hall: Yeah. I really struggled with this one because the company that I wanted to talk about, I really, really want to buy. So I spent most of the afternoon convinced that I wasn’t going to talk about it because I was going to try to buy it. And then I decided — to heck with that. I’m going to tell the good folks why there’s another company in Latin America that I absolutely love, and that’s MercadoLibre.

With a market cap of $75 billion, it’s a stock that’s been super-volatile. Earlier this year, I added to my position. It’s my best performing stock in my portfolio, it’s my largest holding. I added to it on the day of its all-time high earlier this year, and it hasn’t gone well. But at $75 billion in market cap, you think about what this company has done — you talk about StoneCo as a payment processor in Brazil, but you think about what MercadoLibre did. Basically invented — I don’t want to say it “invented fintech,” that’s not fair — but it created a payment processing system to support its e-commerce business because so many of its customers are unbanked and don’t have access to any sort of digital payments mechanism.

Right now, I think the market really underappreciates what this company has accomplished, and also underappreciates the vibrant dynamic possibility of Latin America over the next decade. I think a decade from now, 15 years from now, this company is not just going to be a market-beating stock, but … $500 billion in a decade? Absolutely. I really think that’s the case. Maybe more. Could this be a trillion-dollar company one day? Could this be Latin America’s first trillion-dollar company? That’s kinda bold, but I think it really could. I have that much conviction in MercadoLibre. There it goes — I can’t buy it till Wednesday at the soonest now. You’re welcome, everybody. [laughs]

Bowman: Yeah, they’ve done some pretty impressive things the way they’ve pivoted from e-commerce to payments and logistics. One of the things I like, I think they just started getting merchants point-of-sale machines and got them onto their platform that way. It’s one of those examples of how business works a lot differently in other countries outside of the U.S., because like you said, so many people are unbanked over there.

business enterprise
We use cookies on our website to give you the most relevant experience by remembering your preferences and repeat visits. By clicking “Accept All”, you consent to the use of ALL the cookies. However, you may visit "Cookie Settings" to provide a controlled consent.
Cookie SettingsAccept All
Manage consent